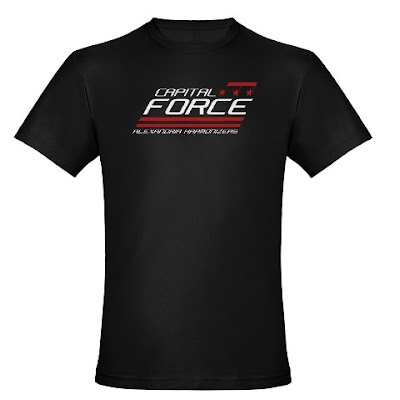 Looking Back on the July 13th Chapter Meeting

It has been great to read the wonderful testimonials from Harmonizers about their Philly experience, especially from the new guys who have joined us. They indeed represent what it means to be a Harmonizer.

Tuesday nite was a fun nite in the life of the chapter. The hall was full of friends, former members, or inactive guys who came out to show their pride, and a lot of first time guests.

Will Cox did a great warm up for the singers right at 7. When Director Joe took over, he apologized for not being here at 6 – he forgot his medal that he had under his pillow at home!

But his remarks about “the joys on stage of hearing that first line of the ballad, witnessing the huge audience response, and his worry that the guys on the risers had not heard his count off to start the uptune” were from the heart. He says he still is getting bombarded with emails, text messages, and Facebook messages.

But so as to not rest on our laurels, he and the music team got the guys singing right away and to brush up the songs for Thursday nite’s annual free concert we give at Ft. Ward Park in Alexandria. It is one of the ways we say thank you to the City of Alexandria in appreciation for their support. The show starts at 7:30 for those who read this that might want to come join YeEd in the audience. Based on the past summers, leaders are prepared to get out word via email if there is a rain cancellation.

Joe also encouraged all the singers to come prepared to sing any songs they know. There will be a chance to get off the risers between songs. The teal casual shirt and khaki pants are the uniform.

Chuck McKeever and TJ Jones helped guys review and remember the stage moves for some of the songs. The gang spent a lot of work on the “Ed Sullivan” song and all the antics to pull it off.

The guys were quick to notice the brand new set of risers, with less squeak, and soft steps. Chapter leaders admonish all that they need to be cared for during set-up and take down. AND not climbing up to the back step via the back rails. There will be fines for those who do. The new Perry Risers were the photo risers in Philly. We used monies from our capital reserves to pay for them. Carl Kauffmann and Bob Blair helped guys learn how to set up and take the new risers down.

Chapter leaders are also provided a plan to get the wonderful bronze 5th place medals engraved. There are forms for turning in your medal for the engraving on the admin table. Of course, the medals will be proudly worn on Thursday nite.

Ken announced that Mike Everard is reinstating his membership – so it is official, the Harmonizers are back!!!

Secretary Buechler presented an award to Bob Sutton for bringing in 10 members to the Society. Tony Colosimo earned his second Man of Note for adding Jack Stonesifer to the chapter. Jack received his official materials from the BHS.

After break, Carl Kauffmann thanked his team for their dedication to detail and extra hours in making the convention week in Philly go so smoothly for all of us. Jack Cameron will be following up regarding the pixs that were taken of the chorus, that guys ordered.

YeEd hears that Bruce Minnick had kidney stone operation this week. Our president Dick Newton is on business travel this week.

Ken Fess thanked his crew for their hard work in making the June 27th show a smashing success – in every way. It was a musical success, fun for all, great venue and party place, showed off the chapter as hosts and singers and administrators, and set the bar high for future events. (Word is that Ken is already hard at work in the negotiations for a show next year with the Ambassadors of Harmony and their quartets. Stay tuned for the date.)

Brad Jones asked the guys about their interest in going to a Nationals game on Sunday, Aug. 1, with seating in the shade. There were lots of hands up – so Brad will follow up with details. Everyone can join us for this – riser singers and any one else in the Harmonizer family.

Sandy Stamps, FRIENDS president, launched the sale of the 2010 White House ornaments. Our goal is to sell 4,000 this year and exceed last year’s numbers. The price will be $20 this year. You can get them on consignment to sell now. Maybe take with you on vacation when you visit relatives. We will hear from the super salesmen who sell 500 or more. We appreciate the inactive members who help the chapter with this effort. It is an important fundraiser for the chapter.

Music vp Terry Reynolds announced that we would be doing the same contest package at the fall District contest as we did in Philly. There is plenty of time for new members and those many guys who are coming back into active status to learn it and be medal worthy. The fall contest is Friday and Saturday, Oct. 1 and 2 in Lancaster, PA. There are two extra rehearsals on the books already – Thurs nites Sept. 23 and Sept. 30th.

Terry also announced the plans to change things a little for the next three Tuesday nites, Some time will be spent singing Polecat songs and other tunes our guys can sing with other barbershoppers at conventions (Polecat was a label for familiar and popular barbershop songs – the covers for those printed songs had a barberpole with a cat perched on the globe at the top – thus the name, Polecat!)

We will watch a cornerstone Society video by legendary Dave Stevens.

There will be a Put Together Quartet tag contest (stay tuned for word on it from Eric Wallen). Something was said that quartets will sing two tags. Form your own quartet or volunteer to be in a quartet that Eric “puts together.”

We will launch a couple new songs – “No More Sorrow” as done by the GAS HOUSE GANG, and “That’s Amore.”

There will be an “Ask The Director” period, some history fun facts, a brief and informative “How Are We Doing Financially?,” and likely some special eats!!

To wrap up announcements, Joe talked more about the International week experience and in summary, thanked the guys for dedication and hard work to help our chapter and its chorus continue to be a shining light for the BHS!

He did tease us a little about the contest package for 2011. The ballad is still being finalized by arrangers, but he was able to play the uptune, “What Do I Need With Love,”
which was arranged by our coach Kirk Young.

Then Joe yielded the floor to Terry Reynolds again who was eagerly waiting in the wings with this usual post-contest statistics review. Very well done, of course, and helped us see (1) we are in the big leagues, (2) we should be proud that our chapter still is one of the few with multiple gold medals, (3) we got some terrific scores, (4) there are plenty of choruses on our heals, and (5) we need to score big at MidAtlantic District contest in Oct. as that is how the summer Intl. contest rankings are determined (and the buzz begins!!).

In the post Philly blitz, YeEd has learned of a few more Harmo family guys who were there such as Jerry Kindred, Will Daniel Mudd-Simmons, Al Hanenbaum and Bob Wells.

Someone reported that the Harmonizers earned their 16th medal in Philly.

Director Joe is chairman of a BHS committee, Chorus Director Development. As chair he had to present two major recognitions during breaks in the chorus contest in Philly. One was presented posthumously for Paul Tamblyn to his widow Doreen. (She was also at our chapter togetherness breakfast.) The other was presented to Greg Lyne, director of Voice In Harmony and also a former Harmonizer coach and retreat master.

Other breakfast guests not reported earlier in these columns were Society executive vice president Alan Lamson and his wife. He was elected president for next year. Plus Joe and Janet Cerutti, Sr. and Greg Pappas, our terrific artist friend.

One of our members, Darryl Flinn who was a judge in Philly, has announced his plans to retire from the judging program Several of our guys are going to this summer’s Category School (which is where judges and candidates to be judges get specific training) including Chuck Harner, Chris Buechler and Gary Plaag who will be recertified, and Joe Cerutti who will be certified for the first time.

Chris Yates did a fast change act in Philly as he sang with the Harmonizers and then with Dundalk, who sang right after us.

On contest day in Philly, the chapter carried out its traditional filling of the risers! K12 asked all the singers to stand off the risers and then invites them back to the risers by the “class year” starting with the four men who are still singing and were singing in 1978 - Chuck Harner, Randy Lazear, Rick Savage and Steve White. Class by class, the guys took their place on the risers until only the 17 men of the Class of 2010 were left standing down. Mark declared they had all proven worthy and authorized them to discard their bandanas and take their rightful place on the risers. With a cheer from all, more men joined the ranks as brother Alexandria Harmonizers!

(This message is prepared for your review if you were there, for your information if you had to miss, and as a historical record of the great things going on each week at an Alexandria Harmonizer Chapter meeting. —Ye Ed.)

Posted by editorjack at 9:31 AM No comments: 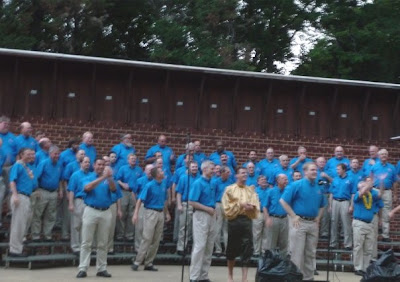 The Alexandria Harmonizers will give a free concert tonight, starting at 7:30PM, at the Fort Ward Park Amphitheater (4301 W. Braddock Road), featuring the debut of one of the chapter's new Standing Quartets, The Blanks!
Posted by editorjack at 2:38 AM No comments: 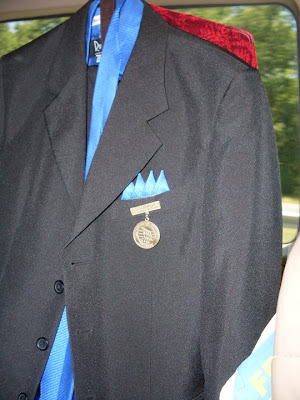 The Alexandria Harmonizers thank the many people who helped us with the Fifth Place Medal at the 2010 BHS International Chorus Competition.
Directors, performers, members, families, crew, coaches, choreographers, arrangers, friends, and fans -- there's a lot more to "the Harmonizers" than just the men you see on stage! This victory belongs to us all.
Posted by editorjack at 2:57 AM No comments: